Thousands Join Peace Marches On Easter Weekend Across Germany And Berlin Under The Motto ‘Disarmament Instead Of Armament.’ 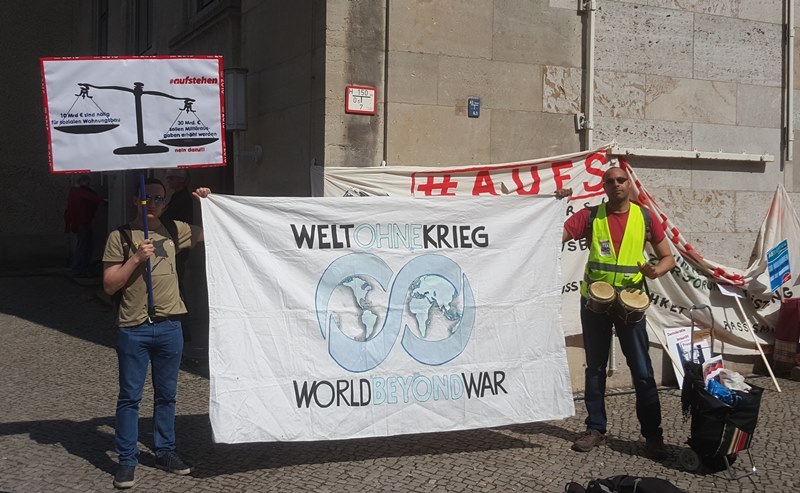 Several thousand people participated in the traditional Easter marches for peace in Berlin and other cities throughout Germany.

Around 2000 peace activists took part in the march in Berlin on Saturday, demonstrating in favour of nuclear disarmament and against NATO.

Protesters carried banners and flags in support of Russia, Syria and Venezuela, amongst others, alongside peace symbols while marching under the motto ‘disarmament instead of armament.’

The Berlin Protest is traditionally organized by the Peace Coordination of Berlin (FriKo), the main branch of the German peace movement in Berlin.

‘Easter march’ demonstrations have their origins in the Aldermaston Marches in England and were carried over to West Germany in the 1960s.

The marches were able to mobilise hundreds of thousands of people until the 1980s. In recent years numbers have faltered somewhat, but still the mood of the protesters was upbeat. 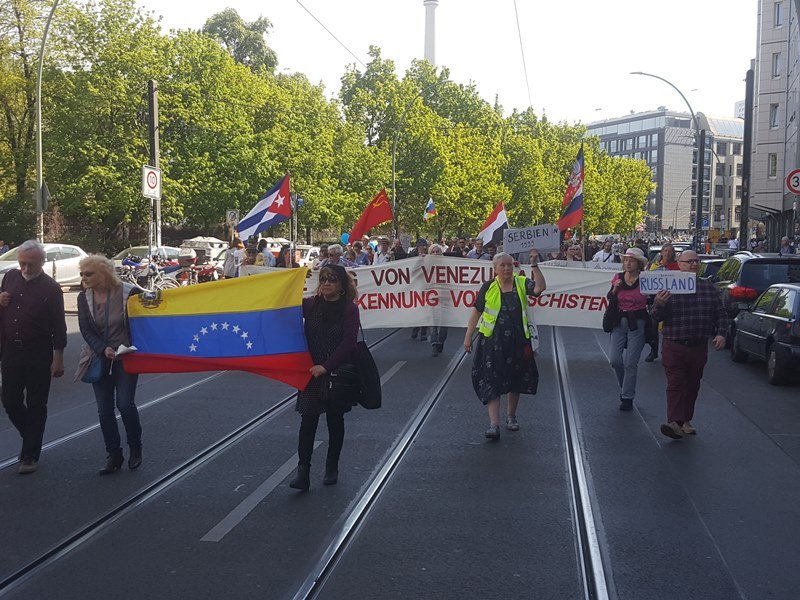 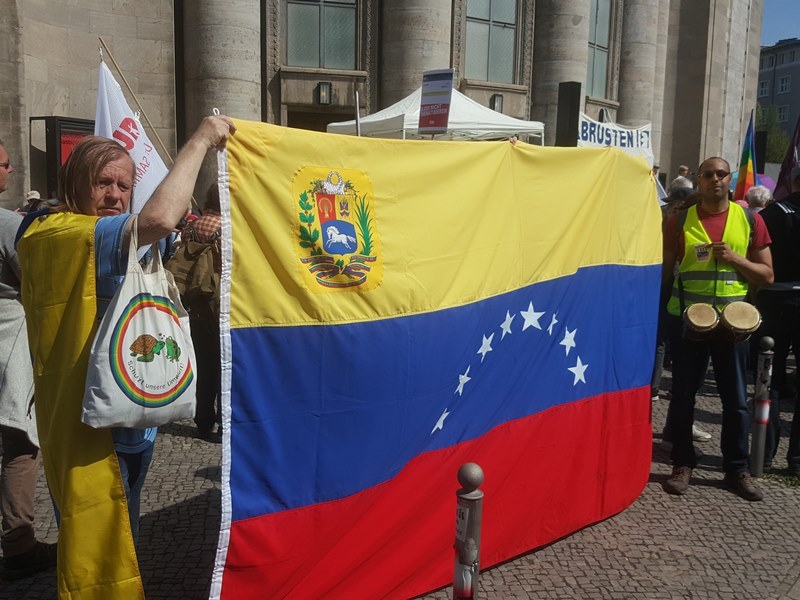 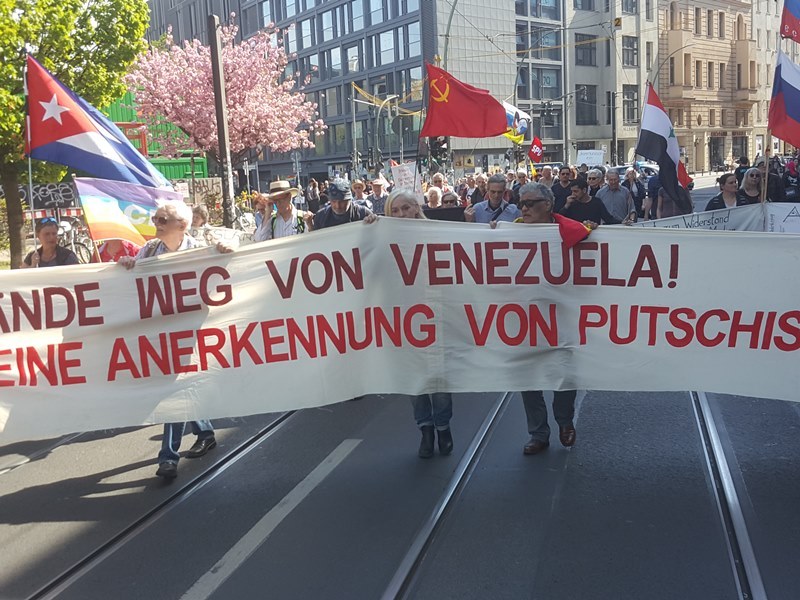 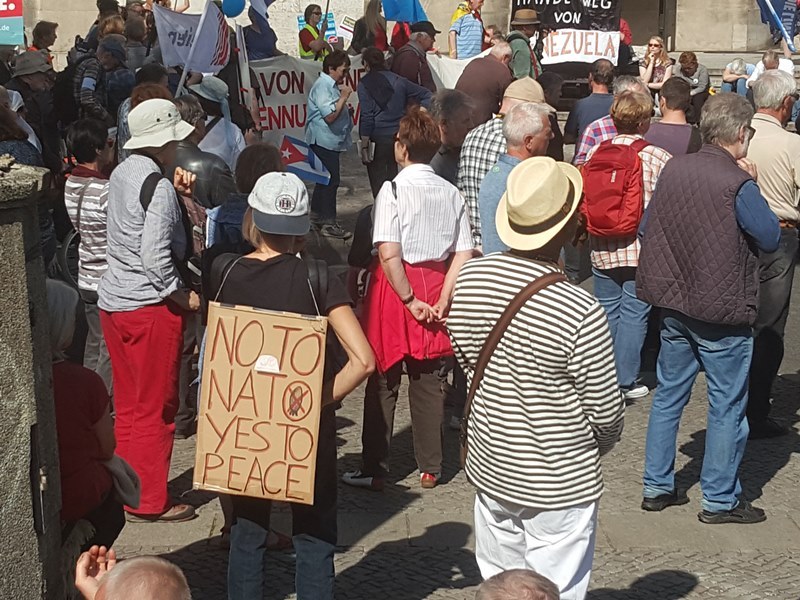 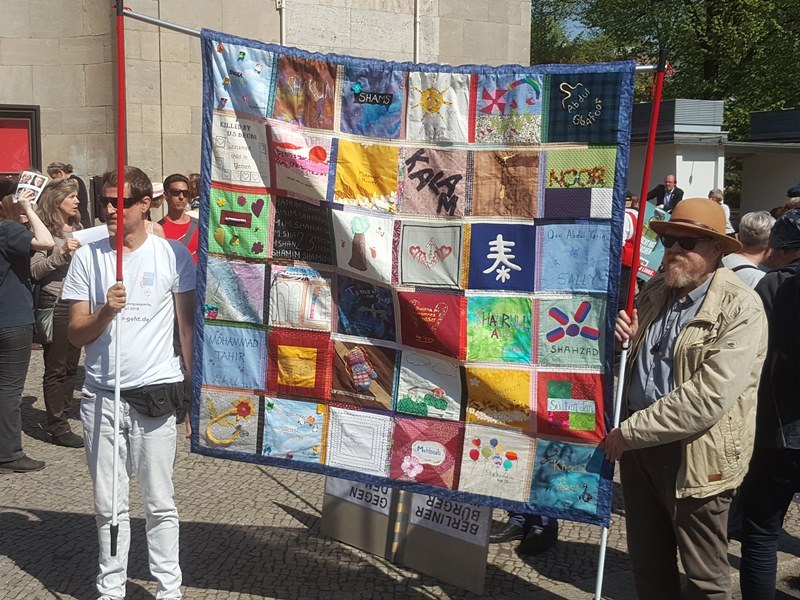 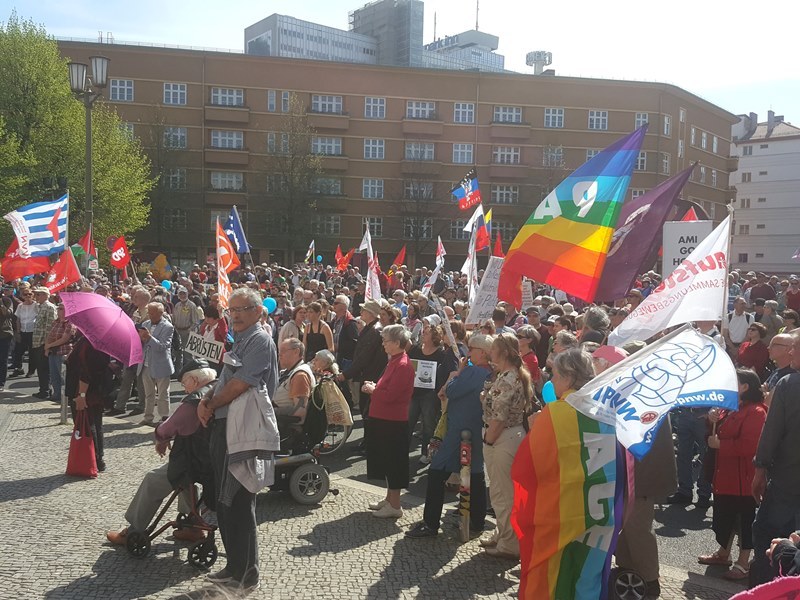 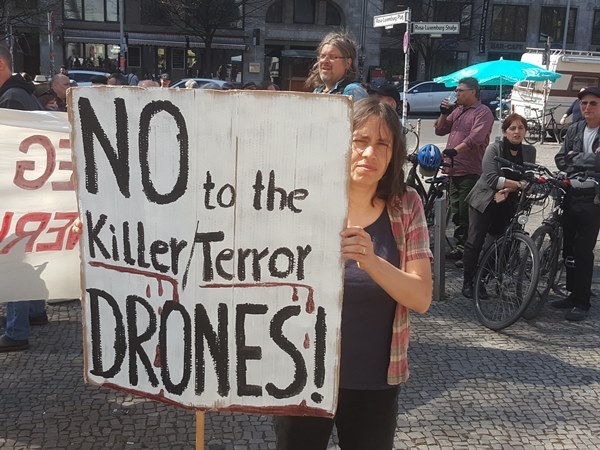 Speeches and banners for peace

Speakers criticized the policy of NATO, which looked for new enemies after the end of the Cold War in order not to dissolve. For the current militarisation Russia must serve as an enemy. Peace with Russia was the theme of many banners, as well as the ongoing campaign “Hands off Venezuela”.

The former singer-songwriter, and vice-minister of culture in the former East-Germany is active as a musician and as a publicist. He described the question of war and peace as today’s „question of fate“. He calls for peace and reconciliation with Russia and remembered the open and covert wars of the NATO and the West since 1990, against Yugoslavia, against Iraq, against Libya, against Syria and currently against Venezuela.

Other musicians that played at the protest were the singer Johanna Arndt and the Chilean guitarist Nicolás Miquea.