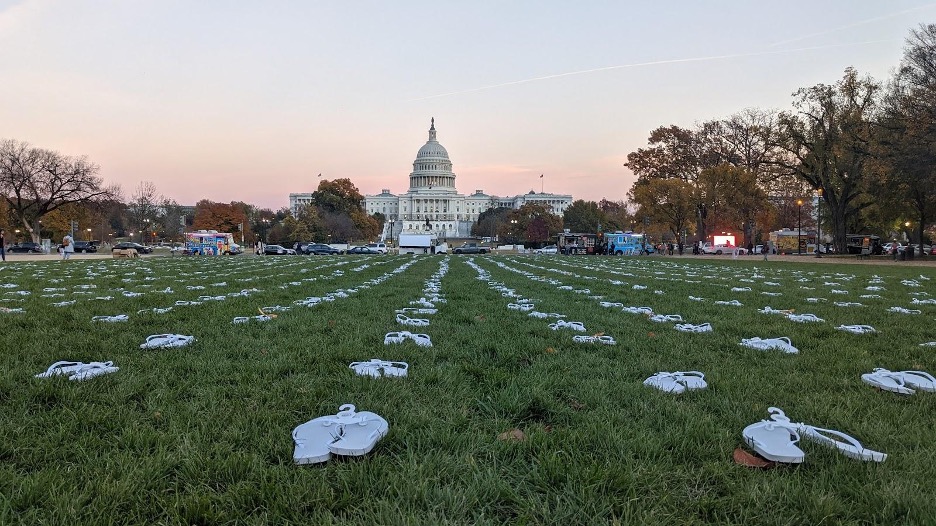 Ahead of the Summit for Democracy, activists are calling for Congressional support of the Philippines Human Rights Act, introduced by Rep. Susan Wild (D-PA) and cosponsored by 25 other representatives in response to the increasingly dangerous actions of the Duterte regime to punish and execute trade unionists, human rights activists and members of the media.

Julia Jamora of the Malaya Movement stated, “The Biden Administration has an upcoming summit to address democracy, human rights and oppose authoritarianism around the globe, but how can you hold a human rights summit if you don’t even take action on the Philippines.” Under the Biden administration, the U.S. State Department has approved major arms sales to the Philippines totalling over 2 billion dollars worth of weapons sales.

Activists called for the passage of the Philippine Human Rights Act, a bill introduced by Representative Susan Wild this past June.  “The danger to labor leaders and other activists in the Philippines from the brutal regime of Rodrigo Duterte increases with each passing day,” said CWA’s Senior Director for Government Affairs and Policy Shane Larson. “We cannot turn our backs on them. The Philippine Human Rights Act will save lives, and CWA members are proud to support this bill.” 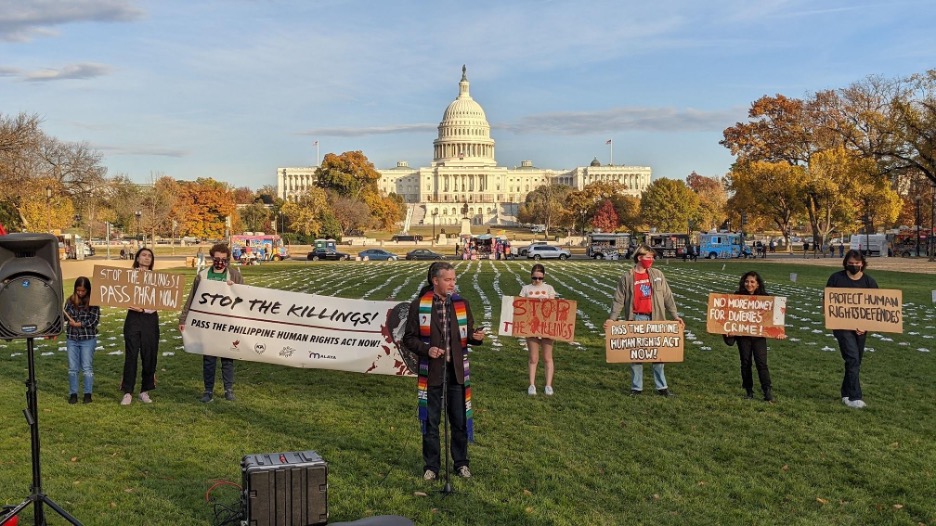 The Philippines Human Rights Act blocks U.S. funds for police or military assistance to the Philippines, including equipment and training, until such time as human rights conditions are met. The Philippines is the top recipient of US military aid in the Asia-Pacific region. To date, over 30,000 have been killed in Duterte’s Drug War. In 2019, the United Nations Human Rights Council called for an independent investigation on the human rights situation in the country.

Specifically, the Philippines must meet the following conditions to lift restrictions set by the bill:

Other legislators, Rep Bonamici and Rep Blumenauer of Oregon made a statement in support of the bill on the same day as the action. 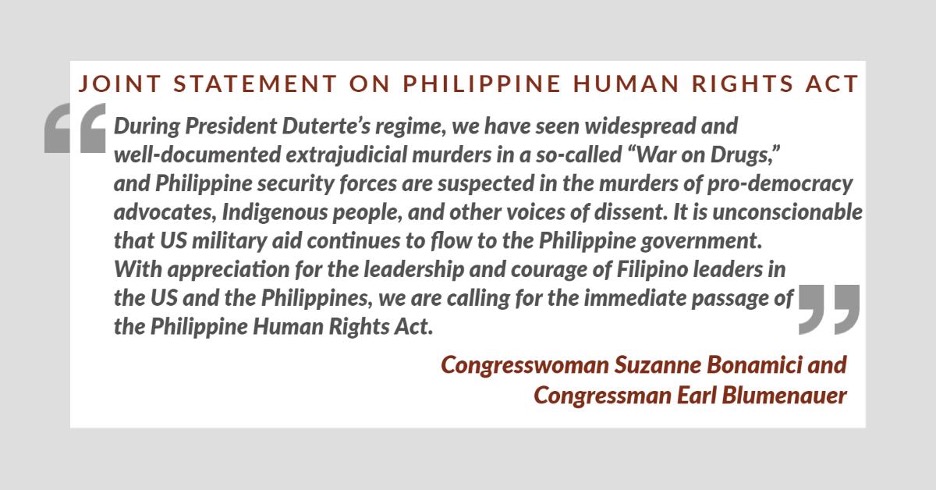 There are 3,000 flip flops outside the U.S. Capitol, each pair representing 10 killings in the Philippines.