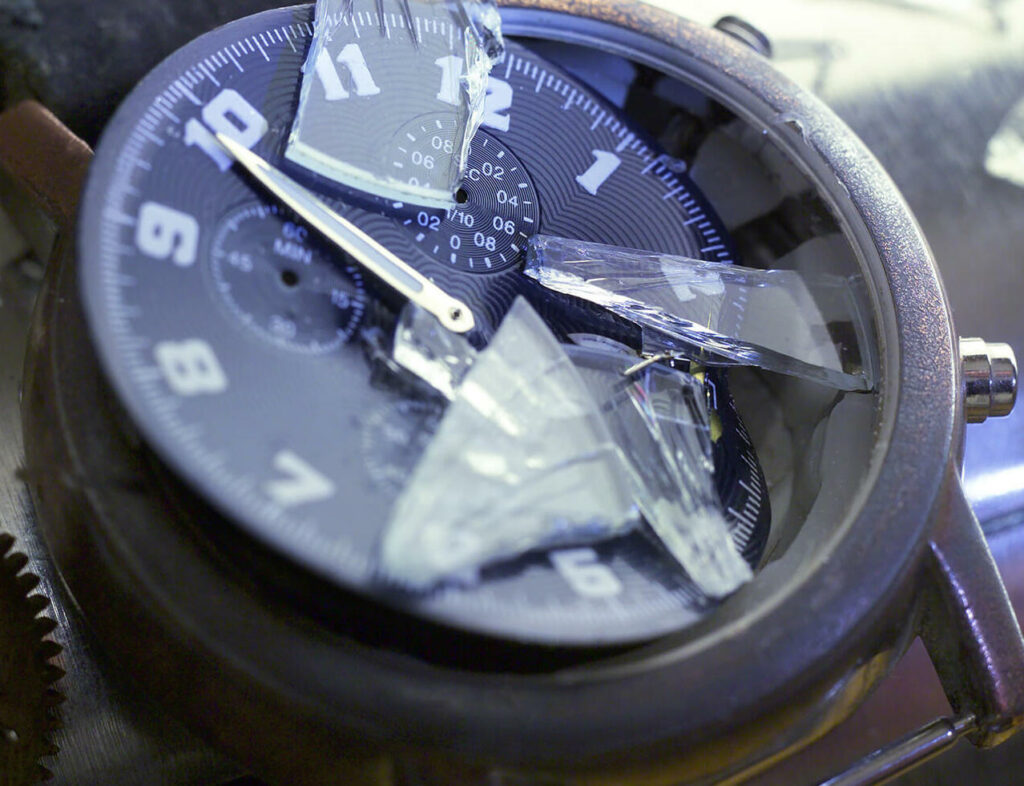 Donald Trump loves tyrants. He trusts them absolutely. He believes Russia’s Vladimir Putin over his own national security team. He’s touted his “great relationship” with Philippine President Rodrigo Duterte, a known proponent of extrajudicial mass killing. He has crowed that it was “a great honor and privilege” to introduce Turkish President Recep Tayyip Erdoğan, shortly after the despot stood by and watched as his thugs beat up protesters outside the Turkish embassy in Washington, D.C.

And all it took for Trump to absolve North Korean dictator Kim Jong-un of responsibility for the mistreatment that led to the death of U.S. college student Otto Warmbier was for Kim to deny it: “He tells me that he didn’t know about it and I will take him at his word.” Trump’s vision of Kim, who presides over a murderously repressive regime, may be clouded by the fact that the two leaders, in Trump’s words, “fell in love.”

It’s undeniable: Trump represents a clear and present danger to the national security of the United States. Yet foreign policy is just one of the many reasons Trump has given the nation, especially people of progressive bent, to demand his removal from office. The national activist group RootsAction has drafted a growing number of articles of impeachment (the President’s extra-Constitutional declaration of a state of emergency to build a border wall is number eighteen), most of which have nothing to do with Russian interference in the 2016 election or any other pending investigation.

“He needs to be impeached immediately,” David Swanson, the group’s campaign coordinator, tells The Progressive. “He’s a threat to the climate of the Earth. He’s a threat to avoiding nuclear war. We won’t survive as a species continuing down this path. We can’t wait two years or four years to get somebody else.”

RootsAction’s reasons for deeming Trump bootworthy include: violating rules against presidential profiteering, inciting violence, discriminating on the basis of religion, illegally threatening and conducting wars, forcibly separating migrant children from their parents, abusing his pardon power, cheating on his taxes, attacking freedom of the press, and politicizing prosecutions.

All of these are valid reasons; John Nichols, in his essay in this issue calling for the curtain to come down on Trump, comes up with a few more. Plus, there are the things that likely transpired since we went to press. [What to see what they are? We made a list!] Trump is a walking dumpster fire. He needs to be extinguished—creatively and nonviolently, of course.

But there is one area in which progressives should recall the old adage: Even a broken clock is right twice a day. Recently, Trump called for the withdrawal of U.S. troops from Syria and Afghanistan, prompting paroxysms of concern from the nation’s political class, including many Democrats.

Senator Cory Booker, a Democratic presidential aspirant from New Jersey, blasted this as “reckless and dangerous,” adding, “This fly-by-night foreign policy approach has blindsided the President’s own national security team, stoked fear and confusion among our allies, and risks seriously harming our efforts to achieve an enduring defeat of ISIS.”

Others running on the Democratic ticket to replace Trump—including Senators Kamala Harris of California, Elizabeth Warren of Massachusetts, Amy Klobuchar of Minnesota, Kirsten Gillibrand of New York, and Bernie Sanders of Vermont—all said they supported the goal of troop withdrawal but not in the way that Trump has proposed going about it.

These candidates raise valid concerns—but so do all politicians who find excuses to continue waging war. The withdrawal of U.S. troops from Syria and Afghanistan is never going to happen if we keep focusing on reasons it shouldn’t. Does anyone really think our troops and killing machines are making a bad situation better?

“I have supported pulling troops out of Syria before they went in, same with Afghanistan,” says Swanson, who is also the director of the group World BEYOND War. “And if Trump acts as though he wants to do it, he needs to be encouraged, and I have encouraged him. It’s poisonous, this idea that you pick a party or a personality and declare that everything they do is wrong, even if they do something you think is right.”

Swanson says progressives ought to be willing to stick to their beliefs, even if Trump agrees and Democrats don’t, and hope that Trump will deliver more than just talk.

“I’m looking for better policy, I’m not looking for heroes to worship,” he says. “I don’t care if somebody does the right thing for the wrong reasons. If he pulls troops out of Syria, I don’t expect to know why. This is a man who can contradict himself three times in the space of a minute. So I don’t care so much to discover what is in his heart of hearts, if there is such a thing. I want the U.S. out of Syria.”

Earlier this year, Trump’s major national security advisers gave briefings to Congress in which they flatly contradicted the President’s deeply held fantasies about the world in which he operates. No, they said, North Korea has not ceased to be a nuclear threat. ISIS has not been defeated in Syria. Iran is abiding by the terms of the multination nuclear pact from which Trump foolishly withdrew. Russia continues its efforts to undermine our democracy. Climate change is really happening and it’s putting the nation at risk.

Trump, predictably, responded by lashing out at his advisers, tweeting “They are wrong!” and “Perhaps Intelligence should go back to school!” Later, he claimed they were “totally misquoted”—in the testimony they gave in hearings aired live on C-SPAN.

Under Trump, agreements to reduce the risk of nuclear war and address the crisis of global warming have been thrown out the window.

“My two biggest concerns are nuclear apocalypse and climate catastrophe, and he is of course going out of his way to exacerbate both problems,” Swanson says. “He’s escalated, at least temporarily, every war he’s inherited. He’s escalated the drone murders. He’s built more bases. He’s overseen further expansion of NATO, despite all the hoopla over his negative comments [about it].”

Again, it is worth remembering that just because Trump is against something and Democrats are mostly for it, doesn’t mean it’s good.

“NATO constitutes about three quarters of militarism in the world, the military spending of its members,” Swanson says, explaining that it allows for collective aggressions the United States could never do unilaterally. “It is a threat to peace on Earth.”

Speaking of threats to peace on Earth: Trump. Not only has he not followed through on his call to withdraw U.S. troops from Syria and Afghanistan, he has threatened to veto Congressional moves to force an end to U.S. support for Saudi Arabia’s war in Yemen. In February, the House passed a War Powers resolution calling for the removal of United States Armed Forces from hostilities in the Republic of Yemen, largely to rebuke Saudi Arabia’s murder of journalist Jamal Khashoggi, which Trump is just fine with.

It seems that anytime anyone anywhere wants to stop taking part in senseless killing, there’s a backlash.

Andrew Bacevich, a retired Army colonel who has written numerous books on U.S. military history and foreign policy and is currently a professor at Boston University, spoke recently with The Progressive about Trump’s foreign policy, such as it is.

“Trump brought to office no fixed worldview and [is] remarkably ignorant of the way the world works, with the possible exception of trade,” Bacevich says. “He surrounded himself with subordinates in whom he had little confidence. He is a person who does not seek counsel.”

So far, so bad. But, Bacevich continues, “There are issues where I think his instincts are potentially sound—if they could be translated into well-thought-out policies. Specifically, his instinct to reduce the scope of U.S. military operations and U.S. military presence around the world. He seems to think there’s something fundamentally wrong with an approach to national security policy that leads us to being involved in more or less endless wars, and also finds us spending exorbitant sums of money on defense. And I share that view.”

Tick-tock, a minute has passed and the broken clock is once again wrong. There is, Bacevich says, “no evidence that he is able to translate that instinct into anything like a coherent policy. So in that regard you have to rate him as a failure.”

Yet Bacevich believes the long-term impact of Trump’s incoherent foreign policy may not be as great as many people believe. “The President is going to leave office sooner or later, and I suspect we will still be seen as a great superpower that does stupid things sometimes.” The pronouncements and actions of a particular administration are not going to change that.

“I think by now it’s pretty clear that other nations take what Trump says and does with a grain of salt,” Bacevich says. “They understand that the guy is something of a buffoon and therefore doesn’t have to be taken entirely seriously. They probably pay more attention to what the national security apparatus has said and done than they do to what the President has said and done. Because they’ve seen that what he says doesn’t translate into much in terms of action.”

And that actually raises the bar in terms of what progressives must do to achieve a safer and saner world. For after Trump is dumped—one way or another, hopefully sooner rather than later—the United States will still be a warmongering nation whose foreign policy is driven by corporate imperialism, with largely bipartisan support. We will still be drawn into messes that more bombs and more killing cannot solve. We will still be dealing with an environmental crisis.

We must keep up the fight for our democracy, for a sensible foreign policy, for equality and justice, and for the moral clarity we need to forge a progressive path into the future.

Bill Lueders is editor of The Progressive.