United Nations Calls For Peace During The Coronavirus Pandemic, But War Production Continues 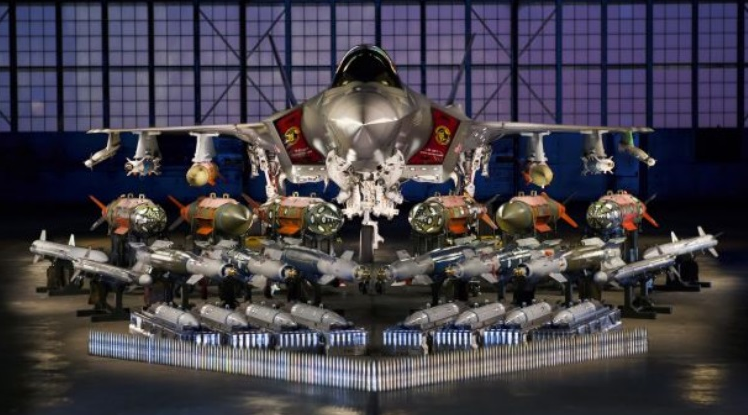 On March 23, United Nations Secretary-General António Guterres called for “an immediate global ceasefire in all corners of the world.”

Guterres highlighted, “Let’s not forget that in war-ravaged countries, health systems have collapsed. Health professionals, already few in number, have often been targeted. Refugees and others displaced by violent conflict are doubly vulnerable.”

He pleaded, “The fury of the virus illustrates the folly of war. Silence the guns; stop the artillery; end the airstrikes.”

It would appear Guterres also needed to also say stop war production and the arms shows where weapons are marketed and sold.

And despite 53,482 cases and 696 deaths in the United States (as of March 24), Defense One reports, “the Lockheed Martin factory in Fort Worth, Texas, which builds F-35s for the U.S. military and most overseas customers, has not been affected by COVID-19” and continues with the production of warplanes.

What is being built in these factories?

In its sales pitch to Canada, which is considering spending at least $19 billion on new fighter jets, Lockheed Martin boasts, “When the mission doesn’t require low observability, the F-35 can carry more than 18,000 pounds of ordnance.”

Furthermore, on March 23, the Canadian Association of Defence and Security Industries (CADSI) tweeted, “@GouvQc [the Government of Quebec] has confirmed defence manufacturing & maintenance services are considered essential services, may remain in operation.”

That same day, CADSI also tweeted, “We are communicating with the Province of Ontario & the Gov’t of Canada regarding the critical role of the defence & security sector with respect to national security during this unprecedented time.”

Meanwhile, this country’s largest arms show, CANSEC, which is scheduled to take place on May 27-28 still has not been cancelled or postponed.

CADSI has said it will make an announcement about CANSEC on April 1, but there’s no explanation from them why a weapons show that boasts about bringing 12,000 people from 55 countries together at an Ottawa convention centre wouldn’t have already been cancelled given a global pandemic that has claimed 18,810 lives to date.

To encourage CADSI to cancel CANSEC, World Beyond War has launched an online petition that has generated more than 5,000 letters to Prime Minister Trudeau, CADSI president Christyn Cianfarani and others to cancel CANSEC.

The UN Secretary-General highlighted in his plea, “End the sickness of war and fight the disease that is ravaging our world.”

It doesn’t take much to imagine what $1.822 trillion could do to boost public health care systems, care for migrants fleeing violence and oppression, and income supports for the wider public so vital during a pandemic.

Peace Brigades International (PBI), an organization that accompanies at-risk human rights defenders as a way to open up political space for peace and social justice, is deeply committed to the task of building peace and peace education.