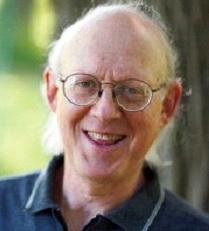 by Bill Berkowitz, The Smirking Chimp

American veterans returning from Afghanistan and Iraq are facing struggles that will never be depicted in any military-themed video game, or military recruiting advertisement. Between 2001 and 2013, more than 1,300 men serving in the United States military in Iraq and Afghanistan suffered injuries to the penis, testicles or urinary system, according to a new report published in The Journal or Urology. The report, as described by The New York Times’ Denise Grady, is considered “to be the most comprehensive review of so-called genitourinary injuries in veterans.”

Grady’s recent report pointed out that “The number of cases is ‘unprecedented’ and the injuries ‘uniquely devastating’ because they can impair a man’s ability to have sex, father children or urinate normally,” according to the Journal’s report.

“Most of the wounded men – 94 percent – were 35 or younger, in ‘their peak years of sexual development and reproductive potential,” the report grimly noted.

While these wounds suffered by U.S. soldiers serving in the wars in Iraq and Afghanistan, hasn’t received nearly the attention it deserves, as long as five years ago it was recognized as a burgeoning problem.

In November 2011, Bob Drury, Men’s Health contributing editor, wrote: “The signature physical wound of the war in Afghanistan begins when you step on a homemade bomb. Most of these are built with the fertilizer ammonium nitrate, an ingredient widely available throughout Afghanistan. The detonation, triggered either by a buried pressure plate or, less often, a command wire operated by a nearby enemy, instantly pulverizes the flesh, bone, tissue, and muscle of one or both of your lower limbs. In all likelihood the force of the explosion will sever the nerves in your leg or legs, and yet you will experience little pain. Surprisingly, as shock sets in and you lie in your pooling blood, you may not feel anything but a vague sense of pressure, as if a strong man were wrapping both hands around one of your calves and squeezing as hard as he could.

“In many cases, the force of the explosion also travels straight up into your genital and pelvic area, blasting tiny shards of rock and dirt into your torso between your front and rear Kevlar body-armor flaps,” Drury continued. “If all or part of your ‘package’ is not blown off by the detonation itself, the flying debris from the blast often penetrates soft tissue, leaving you vulnerable to penile, scrotal, testicular, and rectal infections. If the damage is bad enough, it could even lead to a full or partial amputation of your genitals.”

Because of better gear (Kevlar underpants) than in previous wars, quicker battlefield medical intervention, and immediate airlifting to extensive medical facilities, soldiers suffering from injuries that once would have been fatal, are surviving. But their survival has come with agonizing misery and anguish.

“Surviving means repeat surgeries, re-imagining relationships and wondering if you’ll ever enjoy sex or have children,” the dallasnews.com’s Dr. Seema Yasmin, a physician and former CDC epidemiologist, a professor at the University of Texas at Dallas and a staff writer at The Dallas Morning News, reported, “And while there are more conversations about brain injuries and post-traumatic stress disorder in troops, experts and families say there’s not enough discussion about the men who return home with the most taboo of injuries.”

For their part the military has not only been forced to deal with the psychological blowback, developing new medical treatments, and also with financial issues such as payment for freezing sperm or eggs before deployment. Last year Congress passed a law providing funding for fertility treatments, including in-vitro fertilization, for veterans suffering from these injuries.

Dr. Steven J. Hudak, a surgeon and a lieutenant colonel at Brooke Army Medical Center in San Antonio, is one of the authors of the Journal of Urology report. “Many of [the wounded] have been my patients,” he said. “We are trying to tell their story and display the burden of the problem.”

The dallas.com video points out that, “new surgical techniques such as a penis transplant offers hope to those who suffer penis amputation.“ According to The New York Times, while “doctors at several medical centers hope to offer penis transplants from deceased organ donors to wounded veterans,” the operation has only been performed once in the U.S., last year at Massachusetts General Hospital in Boston, and the recipient was not a veteran.

According to The New York Times, “Make and female veterans with genitourinary injuries are being studied as part of a Defense Department project called TOUGH, for Trauma Outcomes and Urogenital Health.“ Although less likely to suffer the type of injuries male soldiers are suffering, nevertheless Dr. Hudak said that injuries to women is the subject of a future report.
_______

Bill Berkowitz is a longtime observer of the conservative movement. His Conservative Watch columns document the strategies, players, institutions, victories and defeats of the American Right.