US Makes Putin Offer He Can Hardly Refuse 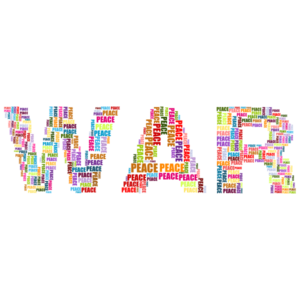 The leaked text (to Spain’s El Pais) of Washington’s response to Russia’s December security proposals augurs well for an eventual peaceful denouement on Ukraine. The U.S. response may still seem to be only half a loaf, but includes an appetizing sweetener – verification.

Washington’s “non-paper” response directly addresses Putin’s chief concern. (Spoiler for any new readers of antiwar.com: It is not what you are probably thinking; it is not Putin’s reportedly insatiable lust to get NATO to sign a piece of paper banning membership for Ukraine; that’s the other half-loaf, and it has become rather stale – as well as moot.)

Rather, Putin’s primary worry has long been that missile launchers now deployed in Romania and soon, if not already, in Poland (ostensibly for anti-missile defense) can accommodate Tomahawk cruise missiles with ranges that put Russia’s strategic forces in jeopardy. Putin has voiced that concern loudly for years.

For example, after the US-orchestrated coup in Kiev in Feb. 2014, Putin explained publicly that US/NATO plans to deploy ABM systems around Russia’s western periphery were an “even more important factor” in Moscow’s decision to annex Crimea than the prospect of Ukraine joining NATO. (For one particularly telling example, readers are invited to view a short clip showing Putin’s frustration six years ago at his inability to impress upon Western reporters the urgency of the “ABM” missile emplacements.)

At Tuesday’s press conference, Putin began with a reminder that Russia had been “conned” when the West promised in 1990 not to move NATO one inch eastward. Putin then pointed out that, after the US withdrew from the AMB Treaty:

“Now anti-ballistic missiles are deployed in Romania and are being set up in Poland. … These are MK-41 launchers that can launch Tomahawks. In other words, they are no longer just counter-missiles, and these assault weapons can cover thousands of kilometers of our territory. Isn’t that a threat to us?”

What about similar deployment to Ukraine? The U.S. has already agreed not to do that. Western media largely missed this, but Russia’s readout of the Dec. 30 telephone conversation between Biden and Putin included this:

“… Joseph Biden emphasized that Russia and the US shared a special responsibility for ensuring stability in Europe and the whole world and that Washington had no intention of deploying offensive strike weapons in Ukraine.” [Emphasis added.]

The US “non-paper” revealed yesterday by El Pais, was labeled “confidential”, and small wonder. Clearly, the Biden administration did not want its concession on inspection, for example, to leak. It will come as a shock for those predicting (some of them actually hoping for) the worst. Washington’s non-paper expresses willingness to discuss “a transparency mechanism to confirm the absences of Tomahawk cruise missiles at … sites in Romania and Poland.” In other words, verification; which has worked well in the past – with the INF Treaty, for example, which saw the entire class of intermediate- and short-range missiles destroyed.

Nor is it surprising that the US asked the Russians (and everyone else) to keep its “non-paper” secret. The Military-Industrial-Congressional-Intelligence-Media-Academia-Think-Tank (MICIMATT) complex will be up in arms, so to speak. Not to mention Raytheon, which makes and sells the Tomahawks (at $2 million each). See, for example: Top Weapons Companies Boast Ukraine-Russia Tensions Are a Boon for Business.

The announcement yesterday that the US is sending 3,000 US troops to Eastern Europe is meant to underscore that Washington is prepared to face Putin down. The move will be widely seen for the token it is.

Ray McGovern works with Tell the Word, a publishing arm of the ecumenical Church of the Saviour in inner-city Washington. His 27-year career as a CIA analyst includes serving as Chief of the Soviet Foreign Policy Branch and preparer/briefer of the President’s Daily Brief. He is co-founder of Veteran Intelligence Professionals for Sanity (VIPS).