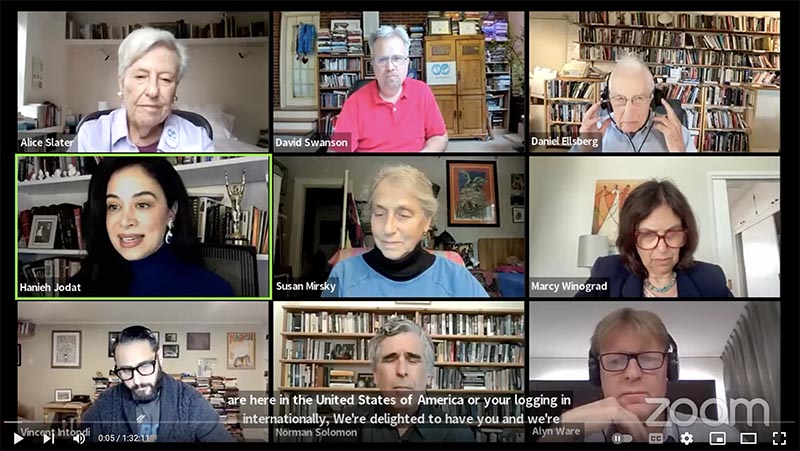 With a diversity of speakers along with a wide range of information and analysis, this livestream emphasized the importance of activism while encouraging creative participation in events on Oct. 14 and 16. The speakers included representatives of the organizations actively participating in work on the mid-October events. See https://defusenuclearwar.org