Wars are no longer there to be won, but to be drawn out indefinitely, enriching a tiny elite with gargantuan and ever-expanding profits. 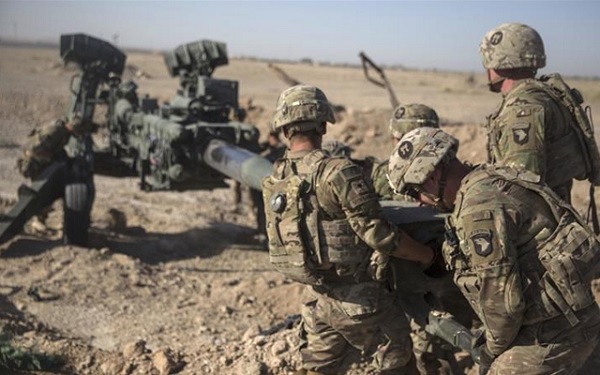 I cannot recommend the new documentary Shadow World highly enough. It packs an enormous punch in 90 mins, providing a devastating account of the arms industry and its success in capturing the US and UK political systems.

The military-industrial complex has created a global war machine that needs endless feeding. Wars are no longer there to be won, but to be drawn out indefinitely, enriching a tiny elite with gargantuan and ever-expanding profits.

Shadow World starts by examining the rise half a century ago of a new-breed of free-market politician, of the likes of Margaret Thatcher and Ronald Reagan, who actively conspired with big business to privatise war – making it the world’s most lucrative market alongside hydro-carbons. In many places, like Iraq, the two business opportunities overlapped.

This new politician-cum-war profiteer was personified in figures like Dick Cheney (Halliburton) and Tony Blair (BAe). War is now such lucrative business that politicians no longer care that their side wins. Endless, profitable death and destruction is the goal. Terrorists, militants, civilians – the war machine is indifferent to their fate.

One arms dealer calmly points out, with terrifying logic, that weapons have sell-by dates just like supermarket food. They are either used or wasted. Most often they are used. Either way, the larder must be replenished with new weapons.

The documentary explores the over-arching aims of the war industry, joining the dots between Iraq, Iran, Syria, Gaza and elsewhere.

And in deeply poetic moments, the film challenges head-on the free-market evangelists’ claims that the arms industry is simply an expression of our conflictual natures as selfish, greedy, distrustful beings. Shadow World offers powerful reminders that ordinary people, including soldiers, prefer love over war.

It is the Blairs and Cheneys, ciphers of the war machine, who are the perversions of humanity.