We Must Embrace Nonviolence 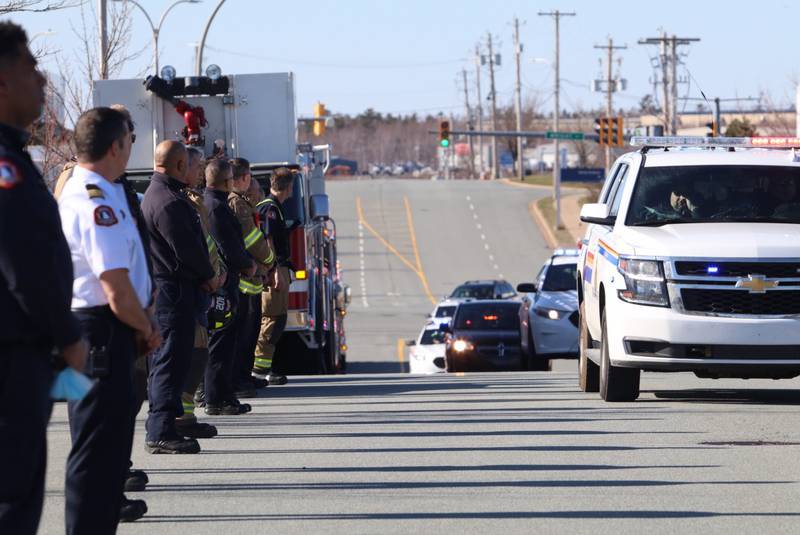 Waking up in Halifax today is waking up to another new reality.

I was blissfully watching trending Cape Bretoner Mary Janet baking butterscotch pie while a massacre was taking place just outside of the virtual kitchen. There was a shooter on the loose in rural areas of the province.

The photo of the young and beaming RCMP officer holding the hands of two children, leading a classroom of kids flashes across the screen. Slowly the extent of the shooting spreads like the blood of the victims, spilling across our consciousness.

How can we fathom what is happening? How can we place this senseless act of violence beside the caregiving surrounding us so compassionately? Was it another incident of femicide? Exposing yet another ongoing pandemic on this beloved planet? Was it yet another act of white supremacy? Who is developing the vaccine against the continuum of violence moving from neglect of love, to bullying through mass shootings to genocide?

Our questions might look different, but question, we must. As the day continues and families mourn, media searches, politicians respond and communities worry, what did you do? I felt lost, but finally got busy. I had missed my first assignment for an online course offered by World Beyond War. The question I had to answer was: “What arguments do you find compelling for nonviolent resistance as a pragmatic alternative to violence?”

This is what I wrote: Practical peace and justice is the essence of nonviolent resistance. Let’s start where we are. I want to acknowledge that I am writing from the unceded ancestral territory of the Mi’kmaq people rooted in the ongoing relationship between nations in peace and friendship.

Yesterday, here in Nova Scotia, the largest mass shooting in Canadian history took place and at least 18 humans died violently. My argument for nonviolent resistance speaks for itself. It speaks because of the tools it requires — heart, voice and language. The tools of violence do not open up this space. Violence silences the conversation. There is no space for dialogue at the end of a gun or, for that matter, at the receiving end of a street check. Carrying a gun, a nuclear bomb, a riot stick, whatever it is, oversteps the moment of possible change. There is no space for negotiation, feminist perspectives and “all voices at the table.”

Nonviolent resistance does not take, it gives. The violence inflicted on this Earth ball that delights, gives life, teaches and sustains us — that violence threatens to take away, to erase and to smother the dreams of our children.

Nonviolence is reciprocity that does not end in failure. Acts of violence are acts of failure. Here, the man who killed randomly layered sorrow and confusion on the space of caring sprouting in our communities of isolation.

Nonviolence is an act of the imagination — violence an expression of human limitation.

As Gorbachev wisely wrote, “War is a failure” and, like femicide and oppression, it harbours the violence that continues to fan the restless winds of despair.