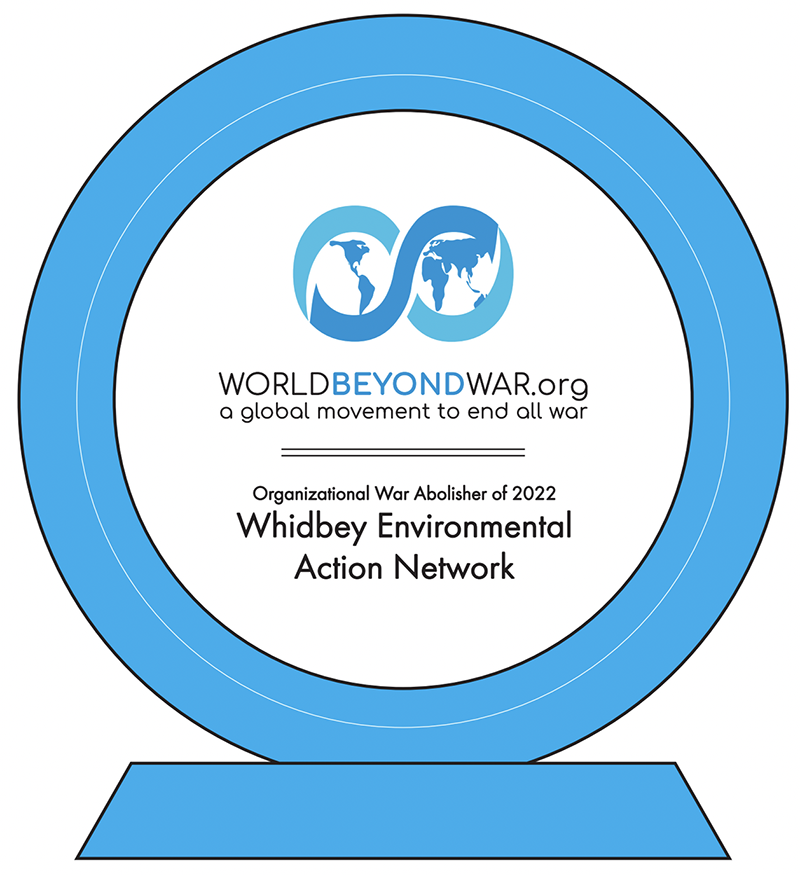 The Whidbey Environmental Action Network (WEAN), based on Whidbey Island in Puget Sound, will be awarded the Organizational War Abolisher of 2022 award by World BEYOND War, a global organization that will be presenting four awards at a ceremony on September 5 to organizations and individuals from the U.S., Italy, England, and New Zealand.

WEAN, an organization with 30 years of accomplishments for the natural environment, won a court case in April 2022 in Thurston County Superior Court, which found that Washington’s State Parks and Recreation Commission had been “arbitrary and capricious” in granting the United States Navy use of state parks for military training. Their permission to do so was vacated in an unusual and lengthy ruling from the bench. The case had been filed by WEAN with the support of the Not in Our Parks Coalition to challenge the Commission’s approval, given in 2021, for its staff to proceed with permitting the Navy’s plans for war training in state parks.

The public had first learned that the U.S. Navy was using state parks for war rehearsals in 2016 from a report at Truthout.org. There followed years of research, organizing, education, and mobilizing of the public by WEAN and its friends and allies, as well as years of lobbying pressure by the U.S. Navy, which flew in numerous experts from Washington, D.C., California, and Hawaii. While the Navy can be expected to keep pushing, WEAN won its court case on all counts, having persuaded the court that unannounced warlike actions by armed troops in public parks was damaging to the public and the parks.

WEAN impressed people for years with its dedicated efforts to expose what was being done and to put a stop to it, building a case against the environmental destruction of war exercises, the danger to the public, and the harm to resident war veterans suffering PTSD. The state parks are locations for weddings, for the spreading of ashes following funerals, and for seeking quiet and solace.

The Navy’s presence in the Puget Sound region is less than positive. On the one hand, they tried (and will likely try again) to commandeer State Parks for training in how to spy on park visitors. On the other hand, they fly jets so loud that the state’s flagship park, Deception Pass, becomes impossible to visit because jets are screaming overhead. While WEAN took on the spying in state parks, another group, Sound Defense Alliance, addressed the Navy’s making life untenable.

A small number of people on a small island are having an impact on Washington State and developing a model to be emulated elsewhere. World BEYOND War is very pleased to honor them and encourages everyone to hear their story, and ask them questions, on September 5.

Accepting the award and speaking for WEAN will be Marianne Edain and Larry Morrell.

These are the second annual War Abolisher Awards. 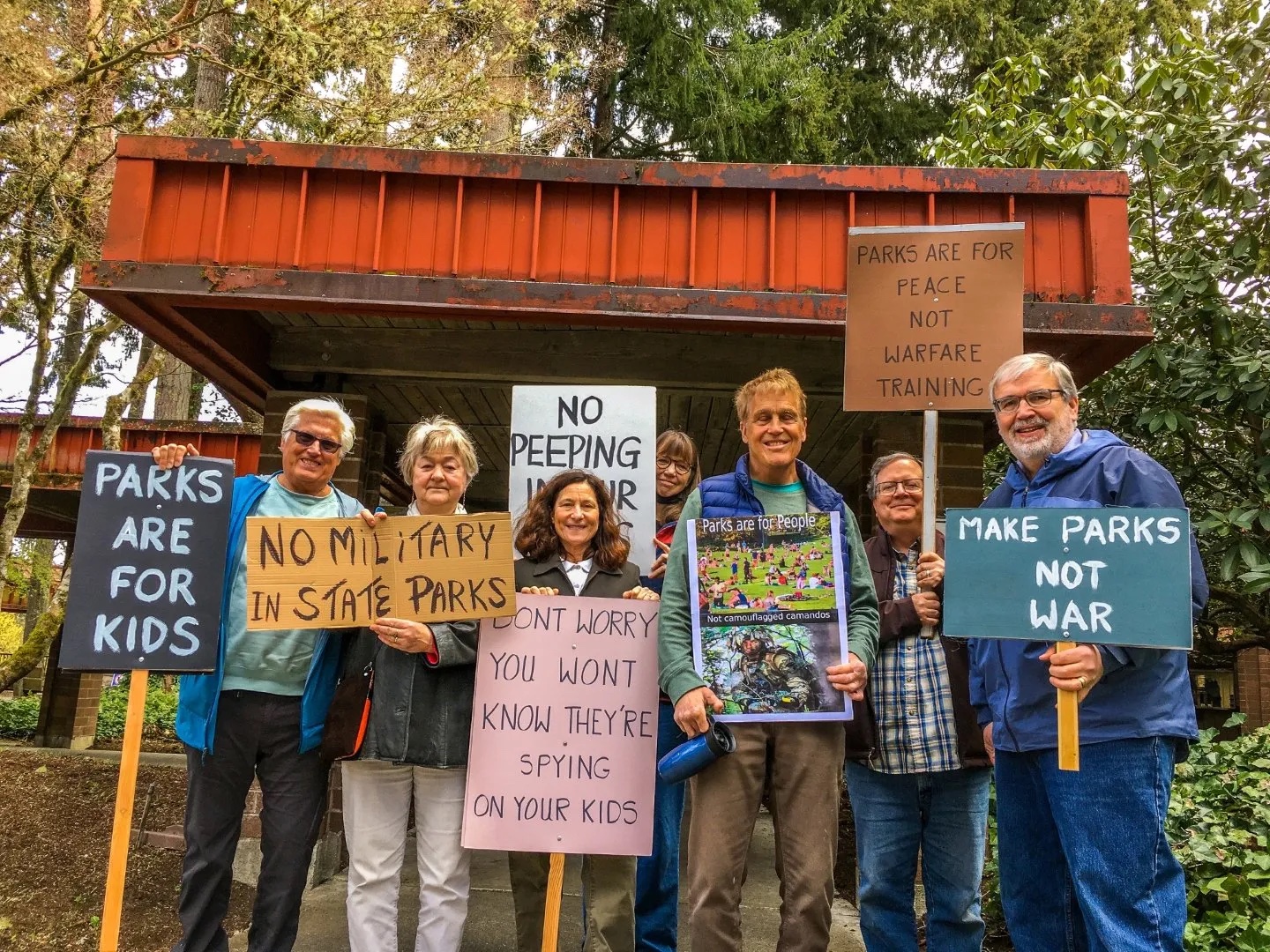 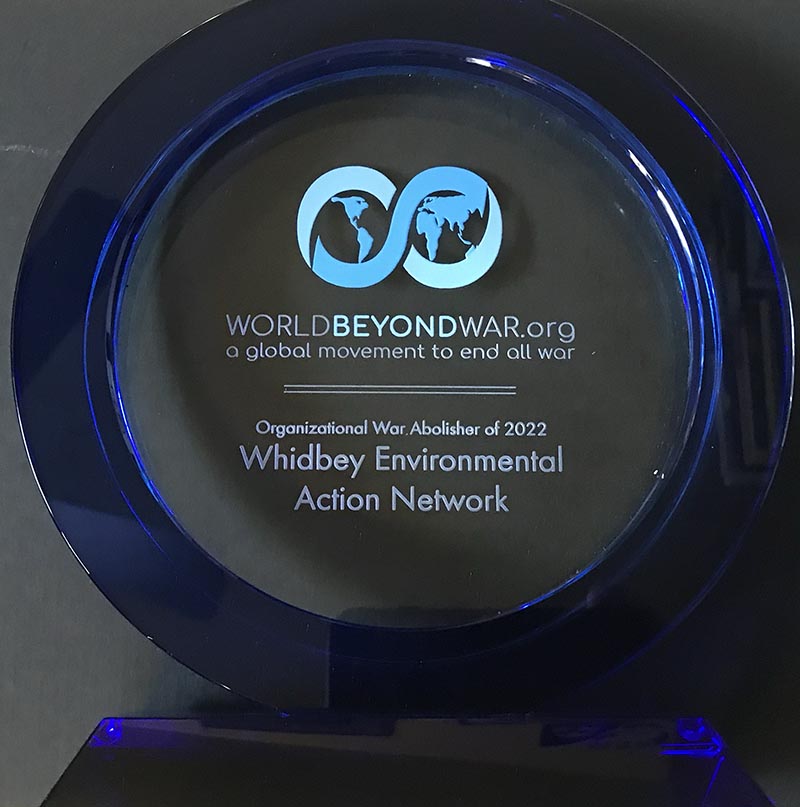 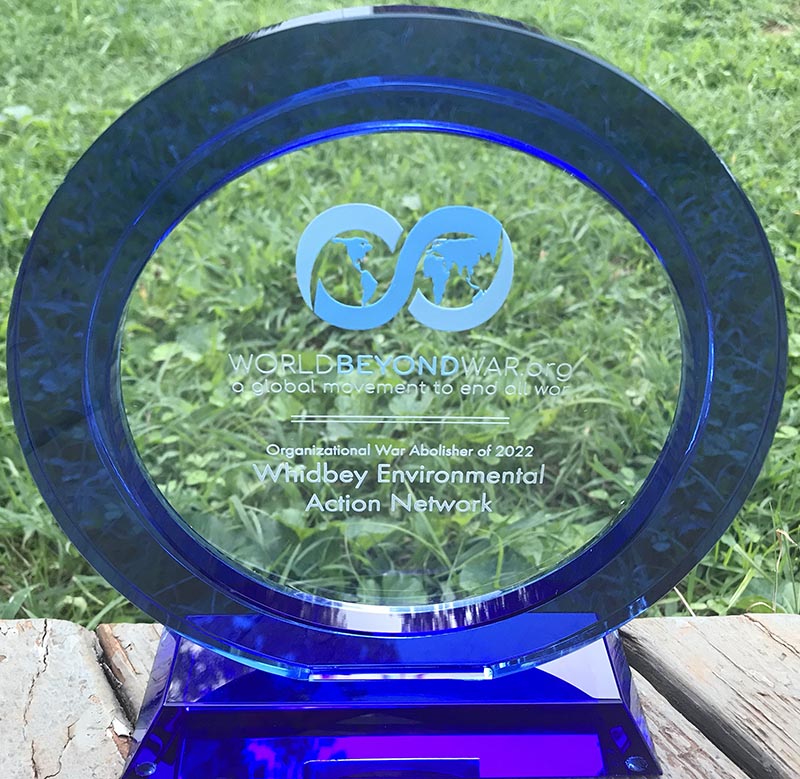