Why Fatou Bensouda’s Visa Was Revoked 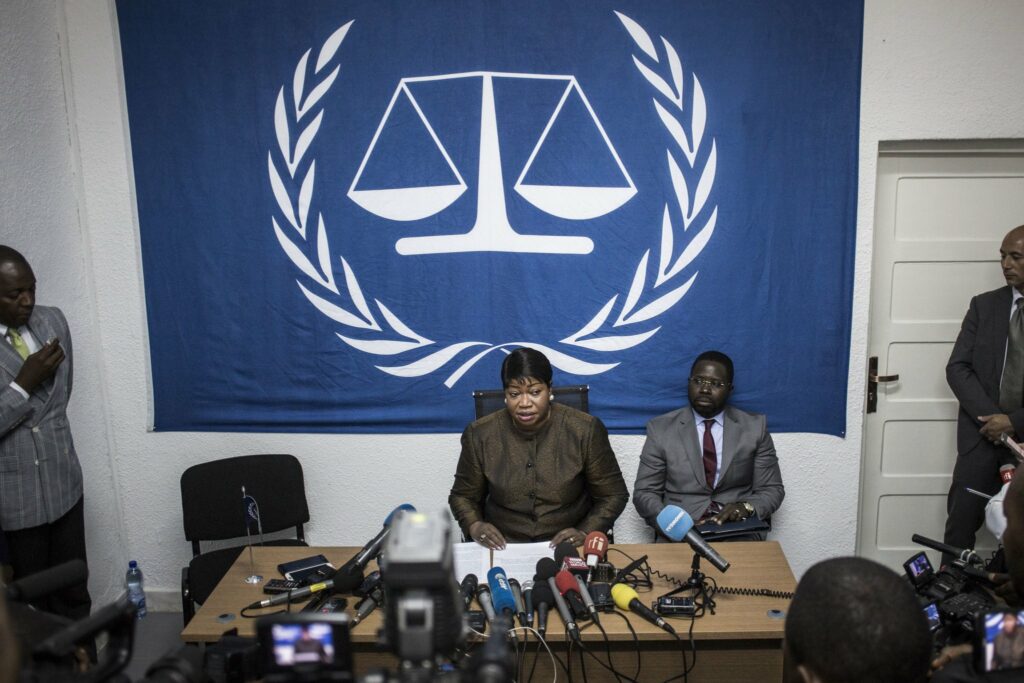 How dare she question the sanctity of American militarism?

As national security adviser John Bolton declared last fall, the International Criminal Court constitutes “an assault on the constitutional rights of the American people and the sovereignty of the United States.”

That’s you and me that Bolton is speaking about, and the recent revocation of ICC prosecutor Fatou Bensouda’s visa — in the wake of her insistence on investigating, among other things, U.S. war crimes in Afghanistan — is just the latest step in the diplomatic war the United States has declared against the court since it was established in 2002.

The “largely unspoken, but always central, aim” of the International Criminal Court’s “most vigorous supporters was to constrain the United States” Bolton said, whipping up the rhetoric against the very idea of international law and global values. “The objective was not limited to targeting individual U.S. service members, but rather America’s senior political leadership, and its relentless determination to keep our country secure.”

This is shock-and-awe level rhetoric, words meant to crush all debate, all discussion. American is a free country, man. That’s the highest value on Planet Earth. It has the freedom to wage any war it wants, and every war it wages is absolutely necessary, according to Bolton and the military-industrial machine he represents.

It seems to me that a more complex set of values used to drive this country’s official rhetoric. In the Trump era, things have gotten increasingly simplistic, as the administration seeks to define the country as complete: no more evolution allowed. The borders are closed . . . to Muslims, Mexicans and International Criminal Court prosecutors.

Consider the United States in the wake of World War II — as much an arrogant superpower then as now, to be sure, but presumably driven by values beyond the right to do what it wants. The country played a central role in the establishment of the International Military Tribunal, which set standards to begin creating global peace and, of course, held the defeated Axis powers of Europe accountable to them.

The punishable transgressions committed by the losers of the Second World War, seemingly put forward by the winners with the idea that they must never happen again, included: (a) Crimes against Peace, i.e., the planning and waging of a war of aggression; (b) War Crimes, such as “wanton destruction of cities, towns, or villages, or devastation not justified by military necessity”; and (c) Crimes against Humanity: i.e., “murder, extermination, enslavement, deportation, and other inhumane acts committed against any civilian population.”

What if these words actually meant something (which is what the International Criminal Court seems to think is the case)?

“If today the U.S. government were to put itself on trial, on the same basis it employed to try the Nazis at Nuremberg, for actions taken in Afghanistan and Iraq in recent years, it might have to convict itself.”

So wrote Robert Higgs of the Independent Institute think tank — in May 2004! At that point the war in Afghanistan, now the longest war in U.S. history, was less than three years old, and the Iraq war had been going barely a year.

“Can anyone sincerely maintain that what was a crime for Hermann Goering and Alfred Jodl,” Higgs continued, “is not equally a crime for Donald Rumsfeld and Dick Cheney?”

Well, John Bolton can. And this is another decade and a half down the road, with the wars, barely in the news anymore, still going on. It’s almost as though they’re grinding forward on their own, but as Bolton reminded us, they represent the will of “America’s senior political leadership, and its relentless determination to keep our country secure.”

These are words forged in the vat of political self-interest into defensive armor, a.k.a., politician-speak cliché. When held up against the actual reality of war, they leave one gasping for breath. For instance, Human Rights Watch, summarizing the 2014 findings of the U.S. Senate Intelligence Committee’s report on the CIA’s “enhanced interrogation” techniques, pointed out:

“The summary describes many previously reported facts about the CIA torture program, including the agency’s use of painful stress positions, forced standing, extended sleep deprivation, extensive bright light and loud noise exposure, waterboarding, and throwing detainees against walls or closing them into coffins.

All in the name of our nation’s security! And there’s so much more. What about our bombing campaigns — the murder of uncounted villagers, wedding party celebrants . . . in North Korea and Vietnam as well as Afghanistan and Iraq. Eventually they simply became collateral damage, a term of great emotional benefit to mass murderers such as Timothy McVeigh.

Higgs, writing about the decimation of the village of Makr al-Deeb, in Iraq, on May 19, 2004, in which U.S. bombing and strafing killed more than 40 people, quoted a survivor’s words to an Associated Press reporter: “One of (the dead) was my daughter. I found her a few steps from the house, her 2-year-old son Raad in her arms. Her 1-year-old son, Raed, was lying nearby, missing his head.”

This data, almost too painful to quote, is wide open to the public. Multiply it by several thousand or a million and it manages to turn into national security.

But each incident, looked at up close, before the dead become collateral damage, is a war crime. Sorry, Ms. Bensouda, but national security requires that we revoke your visa.

Robert Koehler is an award-winning, Chicago-based journalist and nationally syndicated writer. His book, Courage Grows Strong at the Wound is available. Contact him at koehlercw@gmail.com or visit his website at commonwonders.com.