‘We Won’t Take Part in Occupation’: Dozens of Teens Refuse to Enlist in Israeli Army in Letter to Netanyahu 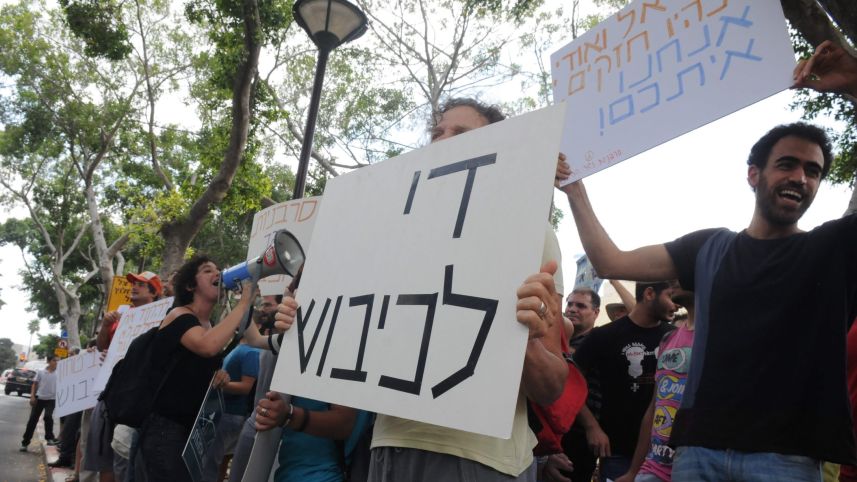 A group of 63 teens have publicly declared they will refuse to be drafted into the Israel army, Yedioth Ahronoth reported on Thursday morning.

“We have decided not to take part in the occupation and oppression of the Palestinian people,” they wrote in a letter sent to Prime Minister Benjamin Netanyahu, Chief of Staff Gadi Eisenkot and the defense and education ministers. “The ‘temporary’ situation has dragged on for 50 years, and we will not go on lending a hand.”

The high-schoolers criticized the government and the military in the letter. “The army is carrying out the government’s racist policy, which violates basic human rights and executes one law for Israelis and another law for Palestinians on the same territory,” they wrote.

The students also protested “intentional institutional incitement against Palestinians on both sides of the Green Line,” referring to the 1949 armistice line separating Israel from the West Bank, “and we here – draft-age boys and girls from different areas of the country and from different socioeconomic backgrounds – refuse to believe the system of incitement and to participate in the government’s arm of oppression and occupation.”

The letter called on others to reconsider being drafted, adding that intended to go around the country to recruit for their initiative.

“We refuse to be drafted and to serve in the army out of an obligation to values of peace, justice and equality, with the knowledge that there is another reality that we could create together,” they wrote. “We call on girls our age to ask themselves, will army service work toward this reality?”

The signatories include Matan Helman, 20, of Kibbutz Haogen, who is serving jail time because of his refusal to be drafted into the army.

In early December, the education ministry and the IDF announced that they were working on a plan to increase the number of draftees enlisting for combat service. Currently, enlistment rates are sinking and dropout rates stand at over 7,000 male and female soldiers annually.