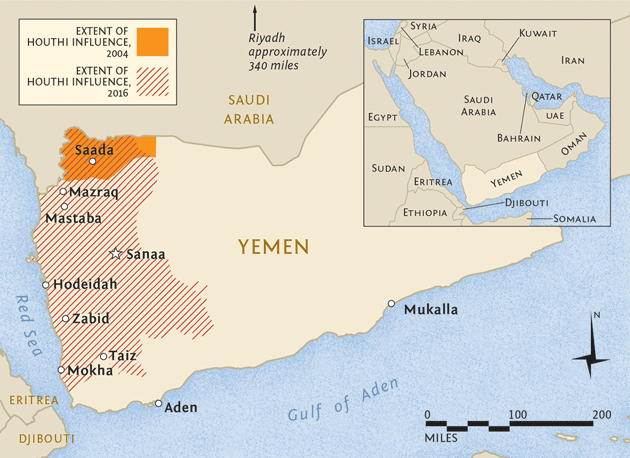 On April 10, 2017, members of the New York Catholic Worker community, the Upstate Coalition to End the Wars and Ground the Drones, and Voices for Creative Nonviolence will begin a week long fast in New York City. We will jointly hold a public presence across from the United Nations at the Isaiah Wall. As we fast from all solid foods, we urge others to join us in calling for a humane response to the deadly tragedy facing Yemeni civilians whose country, ravaged by civil war and regularly targeted with Saudi and U.S. airstrikes, is now on the brink of famine.  The U.S. backed Saudi-led coalition is also enforcing a sea blockade on rebel-held areas. Yemen imports 90% of its food; because of the blockade, food and fuel prices are rising and scarcity is at crisis levels.

More than 10,000 people have been killed, including 1,564 children, and millions have been displaced from their homes.

At this critical juncture, all member states of the UN must urge an end to the blockade and airstrikes, a silencing of all guns, and a negotiated settlement to the war in Yemen.

While Yemeni children are starving, US weapons makers, including General Dynamics, Raytheon, and Lockheed Martin, are profiting from weapon sales to Saudi Arabia.

As U.S. citizens, we have the responsibility to ensure that the U.S.:

We will hold the public presence at the Isaiah Wall, on First Avenue between 42nd and 43rd Streets, from 10:00 a.m. to 2:00 p.m. each day of the fast. We welcome people to join us during those times. The week will include a film screening and discussion, (we hope to screen the BBCNews film, Starving Yemen, at a place and time to be announced), presentations to local communities, and visits with community and faith-based leaders in New York City. Please contact us for more information.

“It’s already the largest humanitarian crisis in the world and the Yemeni people now face the spectre of famine. Today, two-thirds of the population – 18.8 million people – need assistance and more than 7 million are hungry and do not know where their next meal will come from. That is 3 million people more than in January. As fighting continues and escalates, displacement increases. With health facilities destroyed and damaged, diseases are sweeping through the country.” –https://docs.unocha.org/sites/dms/Documents/ERC_USG_Stephen_OBrien_Statement_to_the_SecCo_on_Missions_to_Yemen_South_Sudan_Somalia_and_Kenya_and_update_on_Oslo.pdf

Just a few short years ago, Yemen was judged to be among the poorest countries in the world, ranking 154th out of the 187 nations on the U.N.’s Human Development Index. One in every five Yemenis went hungry. Almost one in three was unemployed. Every year, 40,000 children died before their fifth birthday, and experts predicted the country would soon run out of water.

Such was the dire condition of the country before Saudi Arabia unleashed a bombing campaign in March 2015, which has destroyed warehouses, factories, power plants, ports, hospitals, water tanks, gas stations, and bridges, along with miscellaneous targets ranging from donkey carts to wedding parties to archaeological monuments. Thousands of civilians — no one knows how many — have been killed or wounded. Along with the bombing, the Saudis have enforced a blockade, cutting off supplies of food, fuel, and medicine. A year and a half into the war, the health system has largely broken down, and much of the country is on the brink of starvation.

In December, 2017, Medea Benjamin wrote:    “Despite the repressive nature of the Saudi regime, U.S. governments have not only supported the Saudis on the diplomatic front, but militarily. Under the Obama administration, this has translated into massive weapons sales of $115 billion. While Yemeni children are starving in large part because of Saudi bombings, US weapons makers, including General Dynamics, Raytheon, and Lockheed Martin, are making a killing on the sales.”

Additional articles about U.S. and Saudi attacks against Yemen:

“Yemen is a complicated and unwinnable war. Donald Trump should stay out of it.”  Patrick Cockburn, The Independent

We urge the following actions:

Educate your family and friends about the worsening, preventable crisis in Yemen.

Do what you can in your local community to call for an end to the blockade and bombing.

Visit, call and write your elected representatives to make your concerns known and bring their responses back to your local community.

Visit local community and faith based representatives to enlist their support for ending U.S. and Saudi attacks on Yemen, lifting the blockade, and averting famine.

Write letters to the editor alerting your community to the humanitarian crisis and the responsibilities of U.S. citizens.

Hold vigils and fasts in your community.

Below and attached are two maps.  The first shows rates of Severe Acute Malnourishment in Yemen, according to the UN Office for Coordination of Humanitarian Affairs.  The second, from Harper’s Magazine, shows the extent of Houthi influence in Yemen from 2004 – 2016.

Please let us know what actions you can organize from April 9th to 16th so we can publicize them.